DRAPER, Utah, Nov. 4, 2020 (Gephardt Daily) — The Utah Department of Corrections has announced the death of an 82-year-old inmate who was suffering from COVID-19.

“The incarcerated individual had several complicating comorbidities that likely contributed to his death,” the statement says. “Cause of death will be determined by the Medical Examiner.”

The man was found dead Wednesday morning in his housing section, the Oquirrh 5 facility at the Utah State Prison in Draper.

“Although the incarcerated individual had tested positive on Oct. 30, he had reported no symptoms up until the time of death,” the UDOC statement says.

The family of the deceased inmate has been notified, the statement says.

Utah State Prison officials announced on Oct. 30 that the Draper and Promontory facilities would go on code-red lockdown after an outbreak of COVID-19 was discovered.

A statement on the Utah Department of Corrections website says that late Tuesday night, an inmate  at the Draper site, house in toe Dog-Block of the Wasatch facility reported COVID symptoms, and tested positive.

“Containment protocols were initiated, and rapid testing of the whole housing unit began early this morning. At this time, there are eight confirmed cases on COVID-19 within Dog-Block.” 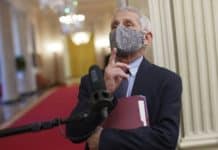