A news release from Utah Symphony/Utah Opera said the performances at the Snow Park Outdoor Amphitheater in Park City are scheduled to run from July 2, 2021 through Aug. 7, 2021. The festival’s seventeenth season, originally scheduled for this summer, was postponed to 2021 after consulting with local community partners and Summit County health officials for precautions on public gatherings resulting from the COVID-19 pandemic, the news release said.

Rescheduled concerts with new 2021 dates include Patriotic Pops featuring Capathia Jenkins on July 2, Kool & the Gang on July 9, Super Diamond on July 16, The Magical Music of Harry Potter on July 23, Take Me Home: The Music of John Denver starring Jim Curry on July 24, Little River Band on July 30, 1812 Overture with Rachmaninoff’s Piano Concerto No. 2 on July 31 and The Beach Boys on Aug. 7.

Two new performances have been added to the festival’s 2021 schedule: Kristin Chenoweth on July 10 and The Temptations on July 17.

The Utah Symphony’s previously announced festival performances with The Doo Wop Project and Preservation Hall Jazz Band are not being rescheduled for summer 2021. Ticket buyers will receive a gift certificate, valid through Aug. 31, 2021, for the full value of their ticket purchase, which can be donated as a tax-deductible contribution or applied towards any future purchase.

The Utah Symphony’s Deer Valley Snow Park Outdoor Amphitheater performance on Aug. 6 as well as chamber music performances at St. Mary’s Church and art galleries on Historic Main Street in Park City will be announced at a later date. 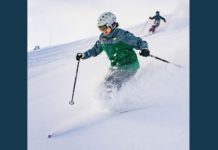 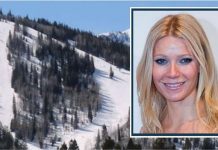