The man turned out to be 19-year-old Connorjack Oswalt, an autistic teen missing who went missing at age 16 from his California home about three years earlier, and who was the subject by an ongoing search by his family members.

But officers didn’t know that at first. They only knew the homeless man had been in the area over the past couple weeks, and he always declined to give officers his name.

“Morning. You look like you’re shivering. You cold?,” asked a deputy, talking to Oswalt as he sat, huddled and hugging his his knees, on the front stoop of a store in Jeremy Ranch, near Park City.

“You want to come sit in his car and warm up for a minute?,” the deputy asked. “Can’t have you sitting in front of the door here all night.”

Oswalt agreed, after being assured he would not be transported anywhere. Once inside the officer’s vehicle, Oswalt reportedly agreed to a finger scan, which led officers to an warrant for an offense in Nevada.

But the deputies though there might be more to the story, so they searched files of missing children, and came upon one for a boy named Connorjack, who went missing from Clearwater, California.

Oswalt’s parents have told media outlets that, when they got the call from the sheriff’s office, they feared a body had been found.

The SCSO also shared video of one of Oswalt male relatives being shown the Nevada arrest photo.

“Is it him?,” asked a female voice on speaker phone.

“Little bit older, but yeah,” the man responded, breathing deeply as he processed what he was seeing.

“Oh my God,” said the woman on the phone, before beginning to sob.

The deputy said Oswalt now has longer hair and a beard. The man being shown the photos composed himself.

“Yeah,” he said on the body camera footage. “I definitely will do my best to bring him home.” 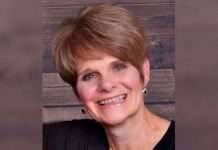