SALT LAKE COUNTY, Utah, April 29, 2022 (Gephardt Daily) — A 33-year-old woman is facing multiple felony charges after she allegedly lit a Molotov cocktail inside a Millcreek Savers store, stole some merchandise, and then fled in a reportedly stolen truck.

The dangerously bizarre incident occurred at about 11:40 a.m. April 19, when police say Rachelle Mary Hawker “intentionally and unlawfully” made three Molotov cocktails and took them into an open and operating Savers Store in Millcreek.

According to a probable cause affidavit filed in Salt Lake County, several people were shopping inside the store when Hawker, who was also in the store, set a Molotov cocktail on fire and “used the fire as a diversion to leave the store with several items of merchandise without paying.”

The affidavit says Hawker had full knowledge that several customers and employees were inside the store with a burning fire “as she drove away in a reported stolen truck.”

Hawker was taken into custody later that afternoon and was booked into the Salt Lake County Adult Detention facility on charges including possession of a stolen truck and property along with several outstanding warrants for her arrest, according to the probable cause statement, which adds that she commented to the arresting officer about her involvement at the Savers with a Molotov cocktail.

Hawker was booked on a no-bail hold and, after an investigation by Unified Fire Authority, is facing charges of: 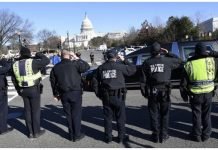 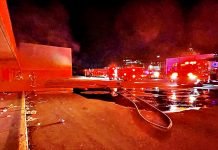 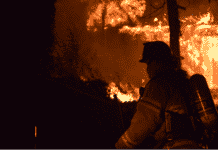