MONA, JUAB COUNTY, Utah, Aug. 22, 2021 (Gephardt Daily) — A woman was found shot to death inside a vehicle at the Park N Pump gas station in Mona on Sunday afternoon.

At about 12:55 p.m., Juab County Sheriff’s deputies, assisted by officers with the Nephi Police Department, were dispatched to a disturbance at the gas station, at 1063 E. Highway 54, according to a JCSO news release.

“During the investigation it was alleged there was a deceased female inside a vehicle that had been shot” the news release states.

“Deputies continued the investigation under the direction of Sheriff Anderson
and located a deceased female inside a vehicle. Two suspects were arrested due to
their suspected involvement in the victim’s death,” the sheriff’s office said.

The death is being investigated as a homicide, and evidence has been collected. Utah County Sheriff’s Office Crime Scene investigators are assisting in the case.

Arrested and booked into the Juab County Jail on charges related to the death of the victim are David Manuel Mestas, 26, from Sioux Falls, South Dakota, and Richard Anthony Sanchez, 26, from Rapid City, South Dakota.

The victim was transported to the Utah State Medical Examiner’s Office for positive identification and an official cause of death.

Gephardt Daily will follow up on this developing story as more information becomes available. 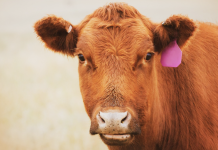 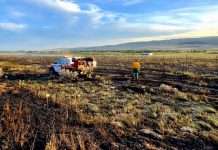