The floes became detached Thursday morning near the mouth of Sturgeon Bay while the groups were ice fishing. Authorities said one ice floe broke off close to Sand Bay Beach Resort. A second detached close to the Sherwood Point Lighthouse and the third near Little Harbor Road.

The Door County Sheriff’s Office said the ice broke off “due to pressure cracks that had opened between their location and the shoreline.”

The Coast Guard got everyone off the ice floes over a stretch of four hours. Rescuers finished the operation before a major snowstorm hit the area.

“Today’s success is a direct result of effective training and the long-standing and close relationships with our agency partners in the greater Sturgeon Bay area,” Coast Guard Cmdr. Bryan Swintek said, noting local law enforcement assisted in locating and rescuing the anglers.

The Coast Guard used airboats and helicopters to reach those trapped with the help of the Wisconsin Department of Natural Resources and other law enforcement agencies. No injuries were reported. 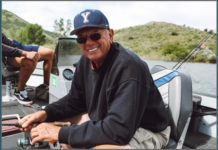 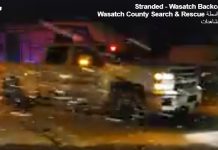 Father, son rescued after getting stranded in Wasatch outback 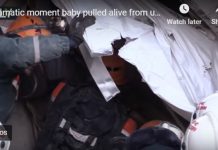