Sept. 6 (UPI) — Conservationists said they found the carcasses of 87 poached elephants in Botswana over the past few months, a figure the country’s government disputes.

The charity Elephants Without Borders conducted aerial surveys, counting at least 48 dead elephants in one flight alone. Director Michael Chase said he’d never seen as many deaths as he did during that August flight.

The number is “indicative of a poaching frenzy which has been ongoing in the same area for a long time,” he said in a report according to The New York Times.

Chase said he expects the figures to increase.

“I’m shocked, I’m completely astounded. The scale of elephant poaching is by far the largest I’ve seen or read about anywhere in Africa to date,” he said.

The BBC reported that the spike in elephant deaths coincided with Botswana’s move to disarm its anti-poaching unit.

But the government strongly denied a link. Permanent Secretary Thato Y. Raphaka said a majority of the elephants died from natural causes.

“At no point in the last months or recently were 87 or 90 elephants killed in one incident in any place in Botswana,” a statement from the government said. “To this end, the government of Botswana wishes to inform members of the public and other key stakeholders that these statistics are false and misleading.”

Annette Hubschle, a researcher at the Center of Criminology at the University of Cape Town in South Africa, told the Times that Botswana’s strict anti-poaching laws made it a “darling of the conservation world.”

“The fortress conservation paradigm, or separating local people from wildlife and conservation, creates pathways to illegal economies,” she said. “Rural communities are likely to support poachers and poaching economies because there are no benefits to these conservation areas for them.”

She suggested Botswana should reach out to local communities in order for conservation to work. 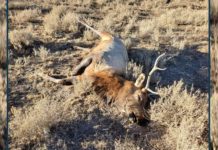 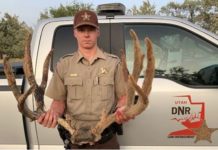