Thousands of protesters at the Standing Rock camp site were literally buried in blizzard-like conditions Tuesday — stranding them at the site of the government’s embattled oil transport system despite a recent victory and calls for them to return home.

The demonstrators flooded the Oceti Sakowin camp over the last two days after the U.S. Army Corps of engineers decided to deny easement of their land for the building of the pipeline. In other words, the corps refused to grant the construction the ability to cross the Missouri River — without which, the project cannot be completed.

It was a clear victory for the demonstrators, but virtually no one has left the land to celebrate — partly because they feel the fight isn’t over, and partly because Mother Nature has sunk the place into a deep freeze. Security at the camp has not let anyone leave out of concern for their safety in the snow.

State officials have issued a “no travel” advisory for much of the state due to the weather, which has closed the majority of Interstate 94, which crosses North Dakota in an east-west direction.

The chairman of the Standing Rock Sioux tribe called for demonstrators to go home and be safe with their families — mindful of the fact that President-elect Donald Trump could reverse the corps of engineers’ decision when he takes office Jan. 20.

“If the new president comes in and tries to reverse it, nothing is going to happen [for a while],” Dave Archambault told KFGO radio in Fargo Tuesday. “It’s going to take time, [protesters] have to understand that. And it’s an opportunity for them to go home. It’s an opportunity for them to spend this winter, and if they celebrate holidays, to spend the holidays with their families.”

The protests over the near $4 billion pipeline have endured for months and have resulted in dozens of arrests and various political discussions. The Standing Rock tribe and other advocates have expressed concern for the pipeline’s intrusion on sacred land and potential to contaminate drinking water.

Trump transition spokesman Jason Miller acknowledged Tuesday that the incoming president supports construction of the pipeline and will meet with his advisers to evaluate the situation, Voice of America reported Tuesday. 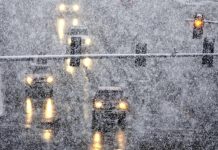 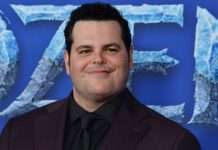 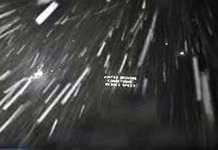