Jan. 31 (UPI) — Chinese health experts say human-to-human transmission cases of the deadly coronavirus in the central Chinese city of Wuhan were occurring in December, although local authorities were ruling out secondary infections at the time.

The Chinese news service was quoting a study published Wednesday in the New England Journal of Medicine, which showed the results of a study of 425 patients in Wuhan.

Human-to-human transmission cases were taking place in December, according to the study.

“On the basis of this information, there is evidence that human-to-human transmission has occurred among close contacts since the middle of December 2019,” the researchers said.

“Considerable efforts to reduce transmission will be required to control outbreaks if similar dynamics apply elsewhere.”

Zhong Nanshan, a renowned scientist at China’s National Health Commission, confirmed for the first time on Jan. 20 during a Chinese state television interview there is “definite” evidence the virus transmits between people, but the World Health Organization did not declare a global health emergency until Thursday.

Foreign governments are increasingly calling for tighter restrictions against travel.

Japan’s Mainichi Shimbun reported Friday Tokyo is moving qualifying matches for the Olympics scheduled for Wuhan in February to other parts of the world, including Amman, Jordan.

Tokyo’s Olympic Committee has also been denying rumors on Twitter that claim the 2020 Summer Olympics have been canceled, according to reports.

Goldman Sachs pleads guilty in U.S., agrees to pay $2.9B in 1MDB scandal 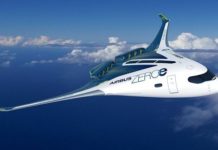