CHICAGO, Oct. 28 (UPI) — A fire on the tarmac drew a large emergency response at O’Hare International Airport on Friday.

Flames started in one of the engines of American Airlines Flight 383, a Boeing 767 headed for Miami, after as it was attempting to take off around 2:30 p.m. CDT.

The Federal Aviation Administration said the plane blew a tire on its takeoff roll. The pilots aborted the attempt, stopped the plane and evacuated the passengers through the safety chutes while still on the runway.

A short time later, the airline said the jet had caught fire due to an engine malfunction.

Thick, black smoke billowed from the aircraft as passengers and crew members looked on from a grassy area next to the runway.

None of the 170 people on board the plane were injured, officials said.

“Emergency. Aircraft down at O’Hare,” the Chicago Fire Dept. tweeted a short time after the incident.

Officials shut down the runway the plane was stopped on.

(This is a developing story) 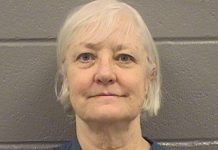 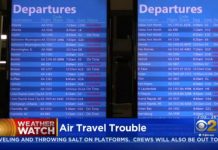 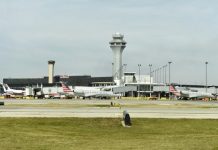