Aug. 31 (UPI) — A Louisiana nun who was kidnapped in West Africa in early April, has been freed and will be returned to the United States, authorities confirmed Wednesday.

Suellen Theresa Tennyson, 83, was kidnapped by armed gunmen in Yalgo, Burkina Faso, on April 5, according to the FBI. She had been living in the country at the time.

“I am grateful to God that Sister Suellen has been released from captivity, and I am thankful to everyone who helped return her to safety,” Sen. John Kennedy, R-La., said in a statement on his website.

At least 10 armed men stormed Tennyson’s convent in Burkina Faso, taking only her, according to her Marianites of Holy Cross Convent in Covington, La.

The Archdiocese of New Orleans informed Kennedy in April of the kidnapping, and his office alerted the State Department.

Tennyson has no serious injuries, according to Kennedy’s office.

“She is safe,” Sister Ann Lacour told the Clarion Herald in an interview Wednesday.

“She is on American soil, but not in America. She is safe. She was recovered (Monday) morning. We have spoken to her. She eventually will get back to the United States.

“She’s totally worn out. I told her how much people love her, and she doesn’t have anything to worry about. I told her, ‘You are alive and safe. That’s all that matters.'”

Lacour said she did not know where Tennyson was.

The city of Yalgo is in northern Burkina Faso, not far from the border with Mali. 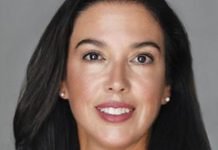