EPHRAIM, Utah, Aug. 31, 2022 (Gephardt Daily) — An 18-year-old man was arrested Tuesday after he admitted making an online threat to shoot up a school.

Prior to Johnson’s arrest, a number of Utah schools were put on lockout status white officials attempted to narrow down the location of the gamer who made the statement. The IP address led officers to Ephraim.

“I received a report from the Utah County Major Crimes Taskforce that Maximus C Johnson 06/20/2004 had made a comment on an online game he was going to shoot up a school,” says Johnson’s probable cause statement.

“During an interview after Miranda was given, Maximus admitted he stated that he was going to shoot up a school. He admits he did it while upset about something that happened in the game. He claims he doesn’t support that type of behavior and he is sad he said what he did.

“Maximus tells me his Dad has guns, but Maximus doesn’t have access to anyone here at Snow College. He gave us permission to search his vehicle, his apartment, and his backpack but no weapons were found.”

Johnson was booked into the Sanpete County Jail on a single count of threat of terrorism causing official or volunteer action, a class B misdemeanor. His bail was set at $10,000. 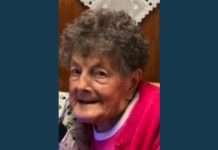 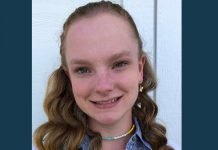