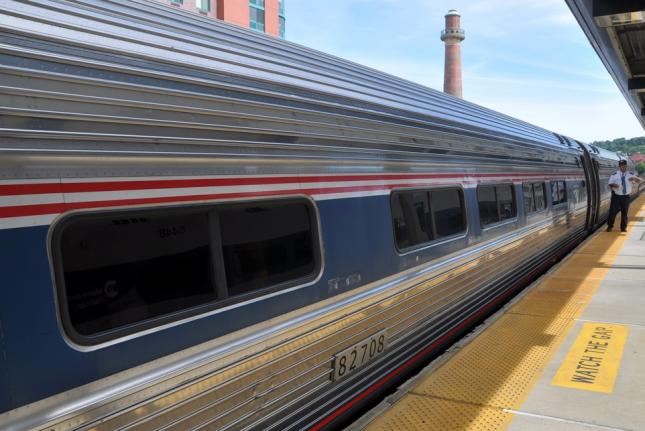 WILMINGTON, Ill., June 6 (UPI) — An Amtrak train en route to Chicago with more than 200 people aboard plowed into a semi-truck carrying bacon Friday afternoon, scattering pork bits across the area. No one was seriously injured.
[one_fourth]

[/one_fourth][three_fourth_last]
The train was about 60 miles southwest of Chicago when it collided with the truck. Passengers recounted a frightening few minutes before they realized what had happened.

“It felt like someone punched me in the jaw,” passenger Oscar Machado said of the impact.

The truck had been obstructing the tracks, Amtrak said. The driver was able to escape before the train hit, officials said. The truck’s contents, mostly bacon, were strewn around the crash scene.