In May, he was arrested and charged along with another family member, Robert Tierney, 40.

They founded and directly operated six PACs, and managed, operated or influenced three additional PACs that collectively raised more than $23 million between 2014 and 2017 and more than $50 million in the past 10 years, according to a Justice Department press release announcing the arrests.

They said money would go to candidates who supported causes that included law enforcement, autism awareness and abortion opposition. But the Justice Department said only about $109,000 went to the candidates.

“William Tierney admitted today that he secretly operated numerous political action committees to obtain small-dollar donations from people who believed their hard-earned money would support the causes described in solicitation calls and mailings,” Geoffrey S. Berman, the U.S. attorney for the Southern District of New York, said in a news release.

“In reality, the PACs were political action committees in name only, contributing less than 1 percent of the money they raised to candidates for office and instead enriching the defendant, who now faces prison time for his crimes.”

Brown said it is the first federal prosecution of fraudulent scam PACs “but it won’t be the last.”

Prosecutors said he created and utilized shell pass-through entities to conceal and disguise the fraud. Then, donated funds were transferred to these shell entities, which were given names that suggested activities related “to marketing, consulting and communications efforts,” including when publicly disclosed in Federal Election Commission filings.

Tierney had no active operations or employees, the Justice Department said.

Brown, who is scheduled to be sentenced in February 2019, faces a maximum of five years in prison.

He has agreed to forfeit and pay restitution at least $1.4 million, according to the Justice Department. 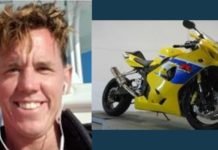 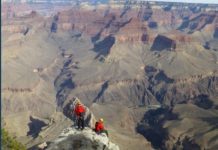