NASHUA, N.H., Oct. 1 (UPI) — A new, all-digital electronic warfare system for U.S. Air Force F-15s is to be developed by BAE Systems under a contract received from Boeing.

“This selection builds on our extensive electronic warfare legacy, a history we were able to leverage to develop an executable, affordable, and low-risk solution for the F-15 fleet,” said Brian Walters, vice president and general manager of Electronic Combat Solutions at BAE Systems.

“By upgrading to an enhanced all-digital system, the Air Force, in conjunction with the platform prime (contractor), Boeing, will provide next-generation electronic warfare capability to F-15C and F-15E aircraft to help keep the platform capable and mission-ready against current and future threats.”

The EPAWSS system will replace the F-15 Tactical Electronic Warfare Suite, in service since the 1980s. It will feature advanced electronic counter-measures, radar warning, and greater chaff and flare capabilities.

Information as to the value and length of the contract received by BAE Systems were not disclosed. 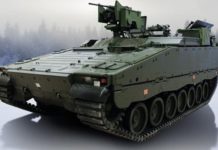 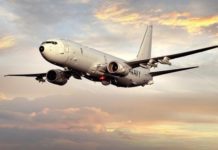 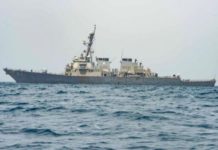