Jan. 29 (UPI) — The Biden administration has blocked $130 million in military aid to Egypt because it has failed to address U.S. concerns over human rights conditions in the country, reports said Friday.

The decision, which has not yet been formally announced, comes ahead of an impending Jan. 30 deadline to release the second chunk of a $300 million package, the first chunk of which was doled out to Egypt last year. The State Department had set several conditions that Egypt needed to meet regarding human rights to receive the rest of the funds.

A senior State Department official told CNN that the department was in a “complete consensus” to recommend to Secretary of State Antony Blinken that he withhold the aid.

“The last place that needs $130 million is Egypt,” the official said, adding that Egypt is “not thrilled” it won’t be receiving the money.

Sources confirmed to Politico that the congressional appropriations committees had been briefed about the decision this week.

Sen. Chris Murphy, D-Conn., a member of the committee in the Senate, told the outlet that he was pleased that Biden administration “held the line” against Egypt by withholding the funds, which will now be given out to other countries.

“It sends the important message abroad that we will back up our commitment to human rights with action, and gone are the days where dictators receive blank checks from America,” Murphy said.

On Thursday, State Department spokesman Ned Price said during a televised press conference that Blinken had not yet decided whether he would withhold the aid from Egypt.

“As you heard me say the other day, we believe that continued progress when it comes to human rights would only strengthen our bilateral relationship with Egypt,” Price said.

Price’s comment comes as he skirted around questions about the apparent “contradiction” of possibly withholding the funds but approving a $2.5 billion arms deal with Egypt, which was announced Tuesday.

The deal includes the sale of a dozen C-130J-30 Super Hercules aircraft, three SPS-48 Land Based Radars and related equipment.

“This proposed sale will support the foreign policy and national security of the United States by helping to improve the security of a Major Non-NATO Ally that continues to be an important strategic partner in the Middle East,” the State Department said in a release earlier this week.

Price addressed the apparent contradiction during the Thursday press conference, saying that the arms deal is “largely a sale to our Egyptian partners.

In recent years, the government of Egyptian President Abdel Fattah al-Sisi has been criticized by human rights groups for “many killings of protesters by security forces, mass detentions, military trials of civilians, hundreds of death sentences, and the forced eviction of thousands of families in the Sinai Peninsula.”

In 2020, Amnesty International said that Egypt has demonstrated a “continued deterioration of human rights,” including the arrests of journalists and human rights lawyers. 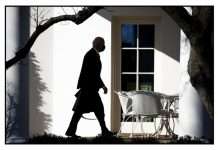 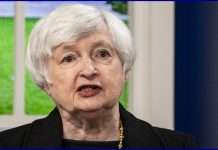