Nov. 27 (UPI) — The Biden administration says programs that allow oil and gas production on federal lands short-change taxpayers and the environment while rewarding speculators at the expense of consumers.

A report released Friday by the Interior Department calls for a significant overhaul of the federal government’s leasing and permitting practice for oil and gas. However, the report didn’t call for an end to gas or oil production on public lands.

“Our nation faces a profound climate crisis that is impacting every American. The Interior Department has an obligation to responsibly manage our public lands and waters — providing a fair return to the taxpayer and mitigating worsening climate impacts — while staying steadfast in the pursuit of environmental justice,” Interior Secretary Deb Haaland said in a statement.

“This review outlines significant deficiencies in the federal oil and gas programs, and identifies important and urgent fiscal and programmatic reforms that will benefit the American people.”

The report is in response to Executive Order 14008, which was issued by President Joe Biden during his first days in office and is part of his administration’s efforts to address climate change.

According to the report, the U.S. Bureau of Land Management currently manages 37,496 oil and gas onshore leases covering 26.6 million acres with nearly 96,100 wells.

However, the report states that 53% of those acres are not being used for production, allowing a “speculative approach” that “contributes to unbalanced land management.” Similarly, of the more than 12 million acres of offshore lands under lease, about 45% is either producing oil or gas.

“When land is under contract for potential oil and gas activity, the shared public lands cannot be managed for other purposes, such as conservation and recreation,” the report said.

The report found royalty rates that haven’t been updated in more than 100 years, while states have significantly higher rates. Currently, the minimum federal royalty rate is 12.5%.

But environmental group Food & Water Watch blasted the report as a “shocking capitulation to the needs of corporate polluters.”

“Releasing this completely inadequate report over a long holiday weekend is a shameful attempt to hide the fact that President Biden has no intention of fulfilling his promise to stop oil and gas drilling on our public lands,” Food & Water Watch Policy Director Mitch Jones said in a statement. “A minor increase in the royalties paid by climate polluters will have zero impact on combating the climate crisis, and will in effect make the federal government more dependent on fossil fuels as a source of revenue.”

The American Petroleum Institute responded with a statement saying the reforms would mean increased costs for American energy development with “no clear roadmap for the future of federal leasing.” The institute also pointed to how the Biden administration promised to use “every tool available” to lower prices and address the lack of supply.

“During one of the busiest travel weeks of the year when rising costs of energy are even more apparent to Americans, the Biden Administration is sending mixed signals,” Frank J. Macchiarola, the institute’s vice president of policy economics and regulatory affairs said in a statement.

Just days before the report’s release, Biden ordered 50 million barrels of oil to be released from strategic reserves to help bring down gas prices. Over the summer, he asked oil-exporting countries to increase production. 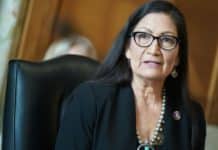 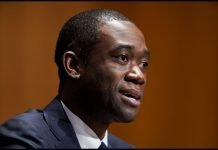