The distribution is 57% higher than the number of vaccines states received when the president was inaugurated.

The White House also announced it would double the supply of COVID-19 vaccines distributed to pharmacies to 2 million this week.

“This program will expand access in neighborhoods across the country so that people can call and make an appointment and get their shot conveniently and quickly,” Psaki said.

“Eventually, as supply increases, more than 40,000 pharmacy locations nationwide will be providing COVID-19 vaccines through this program.”

Jeff Zients, the administration’s coronavirus response coordinator, announced the increase in vaccine distribution during a call with governors.

The Biden administration has announced gradual increases in vaccine distribution. As of Tuesday, more than 55.2 million COVID-19 vaccine doses had been administered out of more than 71.6 million delivered, according to the U.S. Centers for Disease Control and Prevention.

COVID-19 cases continue to decline, with about 53,900 reported nationwide Monday, the fewest number of daily cases reported since November.

The nationwide death toll also was the lowest since mid-October at just under 1,000. Overall, the United States has reported 27.7 million COVID-19 cases and 486,400 related deaths since the beginning of the pandemic.

Dr. Anthony Fauci, director of the National Institute of Allergy and Infectious Diseases, told CNN on Tuesday that it will take to the end of the summer or early fall before the overwhelming proportion of the population is vaccinated. 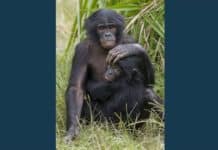 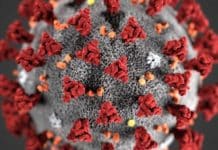