March 14 (UPI) — Ships sailing in the Caribbean have been told to steer clear of an underwater volcano that is showing increased seismic activity.

The government of Grenada imposed 3.1 miles exclusion zone around the volcano — called Kick ’em Jenny — after the alert was raised to orange, indicating an eruption could take place within 24 hours.

The University of the West Indies Seismic Research Center issued the warning, saying with the increased alert level ships should steer clear of the exclusion zone, 5 miles off Grenada.

Prof. Richard Robertson of the West Indies Seismic Research Centre said an eruption of the volcano will not likely trigger a tsunami.

Robertson said even though an eruption would likely not produce enough material to dislodge large amounts of water, he warned marine operators to stay outside the exclusion zone due to a possible increase of gases that could reduce the resilience of ships.

Kick ’em Jenny is the only live submarine volcano in the Eastern Caribbean. The volcano is the most frequently active in the region and has erupted at least 14 times since it was discovered in 1939, with the most current eruption occurring last April.

The Trinidad and Tobago Weather Center is updating its social media sites with information about the volcano. 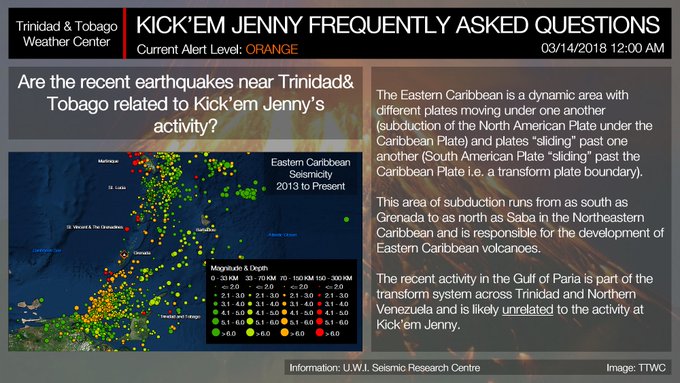 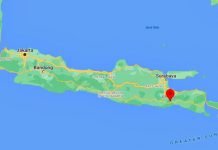