Aug. 23 (UPI) — HP Inc. CEO Dion Weisler has stepped down to return home to Australia and attend to a “family health matter,” the company announced Thursday.

HP’s board of directors unanimously appointed Enrique Lores to replace Weisler as head of the company. Lores, who has worked for the company for three decades, was president of HP’s Imaging, Printing and Solutions business.

The company said Weisler will remain with the company through January to help ease the transition. Lores will take over as president and CEO on Nov. 1.

“Serving as CEO of HP is the highlight of my career, and I want to thank the entire HP team for the support they have shown me. I’m incredibly proud of what we have achieved and equally confident in where we are heading as a company,” Weisler said. “Enrique has been a tremendous partner whose leadership has been instrumental in setting this company up for success and delivering on our strategy. He is one of the smartest people I know, and I have great confidence in his ability to lead and inspire the next chapter of HP’s transformation and growth.”

Chip Bergh, chairman of HP’s board of directors, said the board respects Weisler’s decision to attend to the needs of his family.

Weisler will remain on the company’s board through spring 2020.

Weisler was the first CEO of HP after Hewlett-Packard split into two companies in 2014 — a personal-computer company called Hewlett-Packard Enterprise, and a printer business, HP. 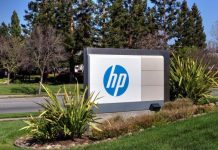 HP expects to lose 3-4K employees in next three years