Authorities have shut down virtually all operations on the Caribbean island as Maria swirls off the coast to the northeast. Airports across the Dominican Republic will remain closed until at least noon Thursday, officials said.

Thousands of residents and tourists have watched conditions unfold in Puerto Rico, where Maria struck as a Category 4 storm on Wednesday. Power was lost to the entire island after it took a direct hit from Puerto Rico’s strongest storm since 1928.

Maria, now a Category 3 storm, is not expected to make landfall in the Dominican Republic but the outer parts of the hurricane continue to lash the country.

Forecasters say the island must watch out for heavy rains and potentially life-threatening floods — not to mention dangerous surf and tide conditions.

Before approaching the Dominican Republic, Maria blew past the British and U.S. Virgin Islands — leaving much of those islands in shambles. The French island of Martinique avoided a direct hit Wednesday.

“When we can get outside — we will find our island destroyed,” Puerto Rico emergency and disaster chief Abner Gómez said. “The information we received is not encouraging. It’s a system that has destroyed everything it has had in its wake.”

Officials said it could take months to restore power to Puerto Rico, a U.S. territory home to about 3.5 million people.

A casualty toll from Maria — which comes less than two weeks after Hurricane Irma devastated the Caribbean — was still unclear Thursday. 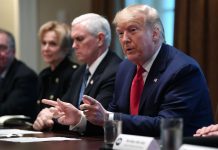 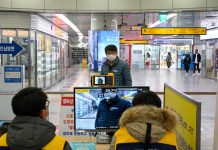