The blast happened around 8:10 p.m. local time as crews were working on a nearby gas line in the northwest Bronx, a police spokesman told NBC New York. The official cause of the explosion was not clear.

Authorities said three people were hurt, including one critically, though the injuries were not considered life-threatening.

At least three floors of the high school were damaged in the blast, officials told CBS in New York.

School was not in session at the time of the incident; the school year is scheduled to begin Sept. 9. JFK High School serves about 1,300 students in the 9th through 12th grades, the school’s website says. 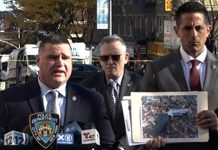 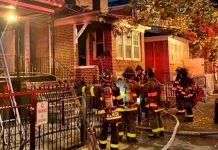