“We’ve taken down posts that praise hate crimes or mass murder, including the Holocaust. But with rising anti-Semitism, we’re expanding our policy to prohibit any content that denies or distorts the Holocaust as well,” the post read. “If people search for the Holocaust on Facebook, we’ll start directing you to authoritative sources to get accurate information.”

The update reverses Facebook’s earlier policy on the issue.

In 2018, Zuckerberg said in a Recode Decode podcast interview that the social media company does not want to ban Holocaust denial posts because people should be able to make unintentional mistakes.

“I don’t think they’re intentionally getting it wrong,” Zuckerberg said on the podcast at the time.

“Today’s announcement marks another step in our effort to fight hate on our services,” Bickert said in the statement. “Our decision is supported by the well-documented rise in anti-Semitism globally and the alarming level of ignorance about the Holocaust, especially among young people. According to a recent survey of adults in the US aged 18-39, almost a quarter said they believed the Holocaust was a myth, that it had been exaggerated or they weren’t sure.”

Bickert added enforcement of the updated policy wouldn’t happen overnight since it takes time “to train our reviewers and systems on enforcement.”

Bickert also said that online attacks against many groups are increasing worldwide, according to organizations that study trends in hate speech, and that Facebook has taken several steps to remove such content.

Among those steps, Facebook has banned more than 250 white supremacist organizations and updated its policies to address militia groups and QAnon, which claims that the world elites maintain a “Satanic child-murdering sex cult,” that the president is working to bring to justice. QAnon “fuels antisemitism,” and could cause real world violence, according to the Anti-Defamation League. Facebook has also taken down 22.5 million pieces of hate speech from its platform in the second quarter of this year.

Facebook has also recently banned anti-Semitic stereotypes about the collective power of Jews that often depicts them running the world or its major institutions, Bickert said.

The World Jewish Congress, which has called for the removal of such content for years, applauded Facebook’s decision on Monday, saying the social media behemoth was recognizing Holocaust denial content for what it is: a form of hate speech.

“Denying the Holocaust, trivializing it, minimizing it, is a tool used to spread hatred and false conspiracies about Jews and other minorities,” WJC President Ronald S. Lauder said in a statement. “Today’s announcement sends a strong message that Facebook will not allow its platform to be misused to promote hate.”

Meanwhile, the Anti-Defamation League said it was “relieved” Facebook has taken this step after nearly a decade of the Jewish anti-hate group calling on it to do so.

“Whatever forces led Facebook to make this decision, we believe it will have a positive impact on the experience of Jewish users on their platform,” ADL CEO Jonathan Greenblatt said in a statement. “It is an important move, especially at a time when antisemitism is rising around the world.”

Greenblatt added that while the announcement is good news, Facebook’s decision is only as good as its enforcement, calling on the company to reassure the global community it is taking the steps needed to ensure Holocaust deniers are not taking advantage of its platforms to spread hate.

“We hope that Facebook will follow up with regular progress reports documenting the steps they are taking to ensure that Holocaust denial and distortion permanently is expunged from their platform,” he said. 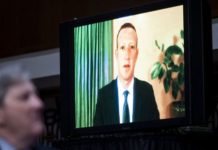 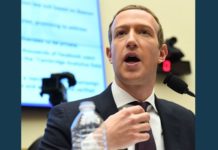