Feb. 23 (UPI) — In Congress to give lawmakers and the public an update on the state of the U.S. economy, Federal Reserve Chair Jerome Powell said Tuesday that there’s a lot of economic confidence right now and gave a mostly optimistic picture of things to come.

Powell appeared before the Senate banking committee to deliver the Fed’s semiannual monetary policy report, which is effectively an assessment of the domestic economy in the near term. The Fed chairperson appears in Congress twice each year to deliver the update.

Often, the semiannual updates don’t generate much attention, but economists paid more interest to this week’s update mainly due to signals that could indicate trouble on the horizon — notably, a rise in Treasury bond yields and inflation.

The 5-year government bond had risen by nearly a quarter-point by the end of last week, the 10-year bond yield has also risen considerably and the 30-year note has increased almost a half-point this year to 2.14%.

Rising bond yields are typically good signals, but there is concern that they could also indicate that the Fed needs to tighten policy earlier than the market warrants.

“In a way, it’s a statement of confidence on the part of the market that we will have a robust and ultimately complete recovery,” he said.

“There is still a long way to go to full recovery and we intend to keep our policy supportive of that recovery.”

On the issue of inflation, he again sounded a calm note.

“We have averaged less than 2% inflation for more than the last 25 years,” he said.

Powell has previously said the risks of rampant inflation are far more acceptable than the pitfalls that could arise from being too conservative with economic support.

“We may see upward pressure on prices as the economy fully reopens, which is a good problem to have,” he said. “The real reason for that is that we have had decades of well-anchored inflation expectations.”

Powell was less definitive when asked about whether the central bank supports President Joe Biden’s $1.9 trillion American Rescue Plan, which is expected to be passed by the House later this week.

“I think that by being either cool or uncool, I would have to be expressing an opinion,” he answered.

“We will need to get back on a sustainable fiscal path. The way that has worked when it’s successful is you just get the economy growing faster than the debt. … That has to happen.”

The Federal Reserve under Powell has cut key interest rates to near zero for most of the COVID-19 era, in addition to other responsive emergency measures.

The last time Powell appeared to update Congress, last June, he said the U.S. economy won’t recover until the global health crisis is under control — adding that there was “significant uncertainty” about how long that would take.

Much has changed, however, since Powell’s last update — most significantly, tens of millions in the United States have received the COVID-19 vaccine and coronavirus cases nationwide have been on the decline since the middle of January. Those are two factors that heavily factor into the national labor picture.

U.S. markets sagged ahead of and during Powell’s testimony. The Dow Jones Industrial Average was down abut 170 points at noon EST, while the S&P was down about 30 and the Nasdaq composite had fallen close to 300 points.

Powell will deliver the Fed policy report and testify before the House financial services committee on Wednesday afternoon. 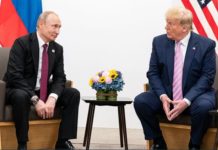 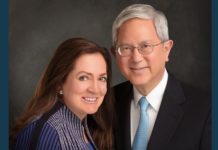 Gerrit W. Gong, LDS Apostle, cleared of COVID-19, as is his wife