It was the third interest rate increase this year by the Federal Open Market Committee.

“Economic activity has been rising at a strong rate. Job gains have been strong, on average, in recent months, and the unemployment rate has stayed low,” the FOMC said in a statement. “Both overall inflation and inflation for items other than food and energy remain near 2 percent.”

The Dow Jones industrial Average was up slightly before the Fed’s decision Wednesday, but gained an additional 35 points immediately after the announcement. The Dow typically shows little movement on days of Fed policy announcements.

A potential wildcard in the Fed’s projections is U.S. trade policy. Wall Street has focused on strong economic data and corporate fundamentals instead of tariffs and other trade issues. Experts say short-term volatility based on fears that trade disputes, notably between the United States and China, could bring chaos to markets. 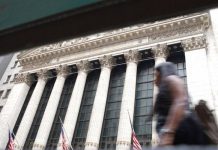 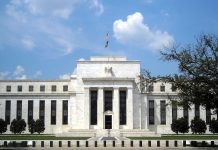 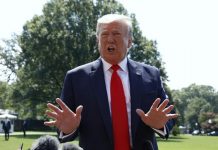 Trump: Fed ‘doesn’t have a clue’ and is ‘our most difficult problem’