Jan. 3 (UPI) — The Federal Emergency Management Agency announced it is broadening access to disaster relief aid to religious groups and houses of worship.

Amparo said the change in policy was driven by a Supreme Court decision issued in June, which found that the state of Missouri violated the Constitution when it prevented the Trinity Lutheran Church day-care center from accessing state funds for playground resurfacing.

“In light of the Trinity Lutheran decision, FEMA has considered its guidance on private nonprofit facility eligibility and determined that it will revise its interpretation of the aforementioned statutory and regulatory authorities so as not to exclude houses of worship from eligibility for FEMA aid on the basis of the religious character or primarily religious use of the facility,” Amparo said.

The policy in dispute provided aid to storm-damaged “community centers” and other non-profits, but specifically excluded houses of worship like churches, synagogues and mosques used primarily for “religious activities, such as worship, proselytizing or religious instruction.”

The suit, filed by Becket Firm, argued that FEMA’s policy was discriminatory and thus violated the First Amendment.

Daniel Blomberg of the Becket Fund welcomed the administration’s move.

“Better late than never,” Blomberg said. “By finally following the Constitution, FEMA is getting rid of second-class status for churches, which in the words of the Supreme Court was ‘odious’ to the First Amendment.”

Pastor Charles Stoker, who said his church was destroyed after Hurricane Harvey by nearly 30 inches of rain, told ABC News the policy was “unfair.”

“We’re not trying to cram religion down someone’s throat, we’re trying to help them recover, to show them love,” Stoker said. “We need to get back on our feet, and we’re unable to without FEMA’s help.”

This policy change comes four months after U.S. President Donald Trumpsuggested churches should be able to receive disaster relief funding and a lawsuit filed by three churches after Hurricane Harvey.

“Churches in Texas should be entitled to reimbursement from FEMA Relief Funds for helping victims of Hurricane Harvey” just like others, Trump tweeted in September. 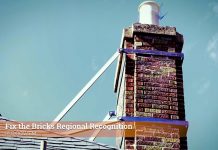 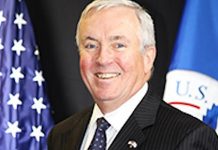 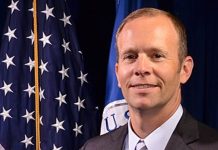