Jan. 2 (UPI) — Thousands of flights were canceled and delayed over New Year’s weekend because of winter storms in the Midwest and a reduced workforce caused by the COVID-19 pandemic.

FlightAware, a flight tracking and data platform, said there were at least 2,377 domestic and international flights to and from the United States canceled Sunday by the afternoon — continuing a spree in cancellations that began on Christmas Eve.

There were more than 4,000 flights canceled globally Sunday, which is typically the busiest travel day of the week.

Southwest Airlines, Delta Air Lines, JetBlue Airways, American Airlines, and United Airlines — all among the country’s largest airlines — each had more than 100 flights canceled, the data shows. Southwest had more than 950 flight delays, the most of any airline.

The delays come during one of the biggest travel periods of the season, with travel numbers approaching pre-pandemic levels.

As passengers have returned to flying for the holiday season, the airline industry has suffered a decreased workforce as workers isolate after testing positive for COVID-19. 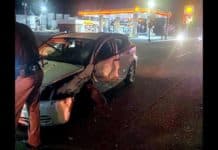