Since the diplomatic battle began in summer 2018, the U.S. government has purchased more than $1 billion dollars’ worth of the food China normally would buy and is giving it to organizations that feed the hungry.

Food bank officials say the sudden surge has been a godsend for their clients. But they realize the windfall is only temporary.

“It is going to be a real gut punch when this is suddenly done,” said Steven Linkhart, the director of the California Association of Food Banks’ Farm to Family program. “Food banks have been getting all this wonderful food, and tons of it. But, there is an end in sight.”

The U.S. and China have reached a tentative trade deal, according to President Donald Trump, and it might be signed later this month. Farmers hope the deal will restore normal agricultural trade between the two countries, as that could boost commodity prices and save struggling farms from bankruptcy.

But such a deal would bring a swift end to the steady supply of fresh produce to which food banks, and the people who use them, are becoming accustomed.

“Food banks are going to be devastated,” Linkhart said. “People who need the food are getting great stuff right now. But it’s all going to be turned off.”

In September 2018, the U.S. Department of Agriculture announced it would buy $1.2 billion in “surplus commodities affected by trade retaliation” and give them to food banks and schools. In May, the USDA expanded the program, promising to spend another $1.4 billion.

The moves were part of a larger effort aimed at keeping the farm economy afloat while trade with China — America’s leading agricultural buyer — slowed dramatically.

The USDA always has provided surplus items to food banks. But the bulk of that food usually was nonperishable — items like canned vegetables, dried beans and pastas, said Ashley St. Thomas, the public policy manager at the Arizona Food Bank Network.

The redirected foods that presently are not going to China are different. They include large quantities of fresh fruits and vegetables, beef, pork and chicken, and fresh milk.

And there has been a lot of it. Arizona’s network of food banks received at least 24 million additional pounds of food from the USDA since its trade mitigation program began, St. Thomas said.

Food banks across the country have seen similar surges.

“We’re getting about twice as much food as we normally get,” Glenn Roberts, the executive director of the Tri-State Food Bank, which serves Indiana, Illinois and Kentucky, told UPI in February. “It’s not just a little more.”

Many organizations have struggled to move such large quantities of food.

Food banks in Iowa allocated extra man hours to distribute the additional food, said Michelle Book, president and CEO of the Food Bank of Iowa. The Oregon Food Bank bought additional refrigerators and trucks to store and move it, said Laura Recko, a spokeswoman for that organization.

Some groups have rented warehouses to store the excess, said Sarah Griffin, the executive director of the Imperial Valley Food Bank in Imperial, Calif.

That food bank, coincidentally, completed a larger facility — which it intended to grow into slowly — just in time for the tariff foods to be made available.

“Because of that, we were able to handle the trade mitigation foods,” Griffin said. Without the larger facility, she said, “We would have had to turn it away.”

Clients have benefited tremendously from the program, Griffin added. “I know how important this food is,” she said. “It’s just so much good food. When this finally ends, it’s going to be hard on people.” 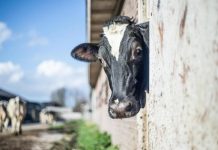 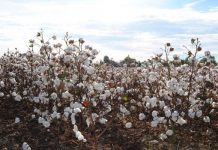