Aug. 22 (UPI) — Fort Hood called for the public’s help Friday in its search for a missing soldier, bringing attention yet again to the Army base in Texas where three service members have died in recent months.

“Our primary concern is for his health and well-being,” a release from Fort Hood said Thursday.

“We have completed a search of the entire division area, to include motorpools, parking lots, and headquarters buildings and the unit is in contact with the soldiers family, the U.S. Army Criminal Investigation Division and civilian law enforcement agencies to help find him as we continue our search.”

Fort Hood has come under scrutiny in recent months after three service members assigned to the base died in separate incidents.

Military officials suspect foul play in the death of Pvt. Gregory Wedel-Morales, who went missing Aug. 19, 2019, and was found dead in June.

The remains of Spc. Vanessa Guillen were identified in July after a more than two-month search. The Army said it’s possible Guillen had been sexually harassed before her death, though it’s unknown if the two things are related.

The Army Criminal Investigation Command identified Spc. Aaron David Robinson as a suspect in the case. He died by suicide as law enforcement attempted to make contact with him.

A second suspect, 22-year-old Cecily Aguilar, has been arrested on accusations she helped Robinson, her boyfriend, dismember Guillen’s body and bury it in three different locations.

And the body of Pvt. Mejhor Morta, 26, was found about 15 miles southeast of Fort Hood near Stillhouse Lake. Preliminary results of an autopsy ordered by Justice of the Peace Garland Potvin indicate the cause of death as “consistent with a drowning,” the statement read.

The Army hired a team of civilian experts last month to conduct an independent review of the climate and culture at Fort Hood and the surrounding military community.

Army Secretary Ryan McCarthy said he intends to listen to members of the community and enact reforms to missing person policies.

“Anger and frustration in a case like Vanessa’s is necessary. I’m angry, frustrated and disappointed. We’re heartbroken,” McCarthy said Aug. 6. “We rely on these units to protect our way of life. We’re going to do everything that we can to prevent these types of things from happening, to learn from this and to move on. But we will do everything we can to protect her legacy by making enduring changes.”

Fort Hood is located about halfway between Waco and Austin, Texas. 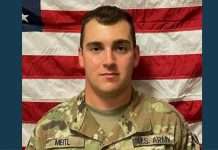 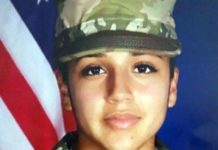