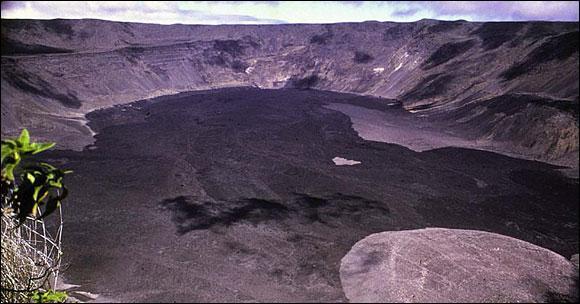 QUITO, Ecuador, May 26 (UPI) — An eruption of a Galapagos Islands volcano, off Ecuador’s coast, is threatening the fragile ecosystem of the island.
[one_fourth]

[/one_fourth][three_fourth_last]
The Wolf Volcano, 5,600 feet tall on isolated Isabela Island, 600 miles west of Ecuador,erupted Monday morning for the first time since 1982 with smoke, lava and fire. The Galapagos National Park reported no current risk to tourists, although Ecuador’s Environment Ministry has warned tourism operators to take precautions. The southeasterly lava flow suggests no immediate risk to the world’s only population of pink iguanas, among the species which live on the islands.

“The volcano is not near a populated area. There is no risk for the human population,” the Park said Monday in a statement. About 27,000 people live in the Galapagos Islands, which see an increasing number of tourists annually. Ecuador’s Environment Ministry said over 215,000 tourists visited in 2014.

The Galapagos Islands, in one of the world’s most volcanically active areas, are noted for their unique ecosystem, studied in 1835 by Charles Darwin. It is a UNESCO World Heritage site.