Dec. 24 (UPI) — Religion remains important in the lives of 72 percent of Americans, a Gallup poll released on Monday indicates.

Among all American respondents, 51 percent said religion is “very important,” with 21 percent calling it “fairly important” and 27 percent calling it “not very important.” When Gallup first began asking the question in 1952, 75 percent referred to religion as “very important” and 20 percent “fairly important.” The percentage has declined since 1978 and has remained fairly stable since, with figures similar to Monday’s data, with the exception of 2001 and 2002, the year of the September 11, 2001, terrorist attacks and the following year.

The number of Americans who say religion as a whole is losing, rather than increasing, its influence on American life stands at 78 percent in 2018, matching a historical high of 2016. Respondents’ religious preference or frequency of attendance at church services had little bearing on their opinion of religion’s reduced role in life, the survey showed.

Among regular churchgoers who attend weekly, 81 percent believe religion can solve most problems. Only 58 percent who attend nearly weekly or monthly, and 27 percent of those who attend less often, agree, the survey said. Protestants believe in religion’s problem-solving capabilities more so than Catholics, by a margin of 63 percent to 46 percent.

Seventy-three percent who expressed no identity with a religion said that religion does not solve problems and chose to be in a category calling religion “old-fashioned and out of date.”

The survey was conducted by cellphone and landline telephone between Dec. 3 and Dec. 12, with a random sample of 1,025 adults, aged 18 and older, living in all 50 U.S. states and the District of Columbia. The margin of sampling error is plus-or-minus four percentage points at the 95 percent confidence level. 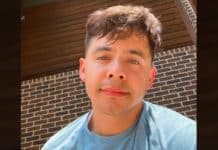 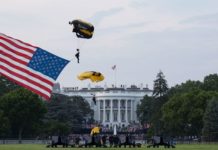 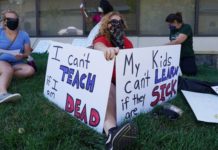