March 24 (UPI) — Researchers in Germany are trying to use a massive light array to generate clean energy. This week, the scientists switched on their Synlight experiment, a collection of 149 film projector spotlights on steroids.

Together the lights can generate the radiation of 10,000 suns, making the world’s biggest solar simulator. When concentrated on a single point, the lights can produce temperatures of around 3,500 degrees Celsius.

The experiment is housed inside a protective chamber at the German Aerospace Center, located 19 miles west of Cologne. If a person were inside the chamber with the lights turned on, researchers say their skin would burn instantly.

“We need to expand existing technology in practical ways in order to achieve renewable energy targets, but the energy transition will falter without investments in innovative research, in state-of-the-art technologies and in global lighthouse projects like Synlight,” said Johannes Remmel, a German environment minister.

The array of lights uses a massive amount of energy, but scientists hope their experiments will yield new carbon-neutral energy production technologies. Scientists plan to use the lights sparingly, and they hope a future iteration will be powered by solar panels.

During initial experiments, researchers plan to use Synlight’s energy to trigger a reaction to extract hydrogen from water vapor for use as a fuel source.

“We’d need billions of tons of hydrogen if we wanted to drive airplanes and cars on CO2-free fuel,” Bernard Hoffschmidt, a research director at the German Aerospace Center, told The Guardian. “Climate change is speeding up, so we need to speed up innovation.” 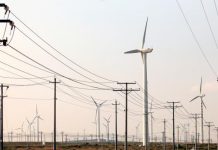 South Korea to increase renewable energy use to 20% 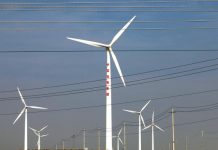 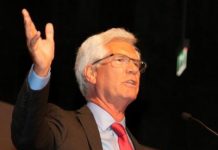