April 18 (UPI) — By analyzing a glacier’s shape, researchers can measure its susceptibility to thinning. Researchers at the University of Texas are using the analysis technique to identify glacial vulnerabilities in West Greenland.

“There are glaciers that popped up in our study that flew under the radar until now,” Denis Felikson, a graduate research assistant at the University of Texas Institute for Geophysics, said in a news release.

Understanding Greenland’s glacial systems is key to predicting future sea level rise. The Greenland Ice sheet has been losing mass for some time, but ice loss by individual glaciers is highly variable and hard to measure.

“We were looking for a way to explain why this variability exists, and we found a way to do it that has never been applied before on this scale,” said Felikson, lead author of the new study.

The research, detailed in the journal Nature Geoscience, identified four glaciers most at risk of shrinking. One of the glaciers, Jakobshavn, is responsible for more than 81 percent of the ice sheet’s lost mass over the last three decades. Another, Rink, has been stable since 1985, but is likely to thin and shed mass as its terminus becomes exposed to warm ocean waters in the near future.

“Not long ago we didn’t even know how much ice Greenland was losing. Now we’re getting down to the critical details that control its behavior,” said NASA scientist Tom Wagner.

Wagner head’s the agency’s cryosphere program, which sponsored the study.

The research showed thicker, flatter glaciers are more susceptible to thinning. Uniformity allows thinning to spread across a glacier more quickly, while steep or thin portions can slow thinning. Analysis also showed glacial thinning is most likely to occur between 10 and 30 miles inland, but if unimpeded can reach 150 miles inland.

“The approach we demonstrate here allows us to identify which outlet glaciers are not yet changing rapidly, but might,” said Timothy Bartholomaus, a former UTIG researcher, now an assistant professor at the University of Idaho. “With that knowledge, we can anticipate potential sea-level rise and set up the observational campaigns in advance to understand these glacier changes.” 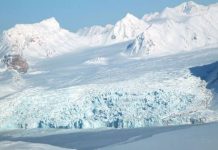 Half of world’s glaciers will vanish by year 2100 due to global warming, study says 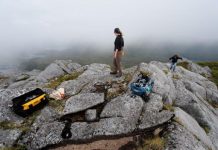 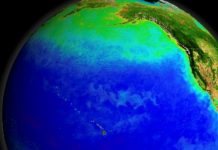