The official said that an investigation had been initiated but no suspects or motive have been given.

Last August, a suicide bomber from the Islamic State affiliate in Afghanistan killed 63 people at a wedding in Kabul. That was the most deadly attack in the capital in 2019.

Elsewhere Saturday, a bystander was killed and four other civilians were wounded when a police vehicle hit an improvised explosive device in the capital, Kabul. Police said Sunday no group claimed responsibility for the attack.

The Taliban has been linked to previous attacks on Afghanistan security forces. 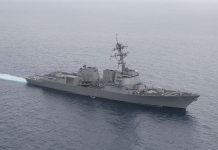 U.S. sailor left backpack of stolen grenades on side of road, Navy says