WASHINGTON, March 26 (UPI) — Secretary of State John Kerry defended President Barack Obama, who was criticized for continuing his diplomatic trip to Cuba and Argentina rather than return to Washington, D.C., after the terror attacks in Brussels on March 22, in an interview Saturday afternoon.

“Life doesn’t stop because one terrible incident takes place in one place,” Kerry told CBS News in an interview, suggesting, as Obama did earlier in the week, that the terrorists win if everybody changes their plans out of fear of more attacks.

Obama traveled to Cuba on March 20 — the first U.S. president to do so in decades — and while he made remarks after the terrorist attack Tuesday morning, he continued with his trip, watching the Tampa Bay Rays play the Cuban national baseball team.

Obama was also criticized for continuing his diplomatic trip from Cuba to Argentina, where he accepted an invitation to dance the tango during a state dinner.

“What they can do is scare and make people afraid and disrupt our daily lives and divide us. And as long as we don’t allow that to happen, we’re going to be OK,” Obama said, saying that changing plans plays into “the whole premise of terrorism.”

Kerry said in the interview that he spoke with the foreign minister, and Obama spoke with the prime minister of Belgium — from Cuba. An FBI team also was sent to Brussels to assist law enforcement, with members of the Obama administration staying in contact with officials in Belgium.

“The President of the United States has major diplomatic responsibilities,” Kerry said. “He has to engage with other countries. That was an important part of trying to build a relationship and achieve some of our goals with respect to human rights, with respect to transformation… in Cuba and elsewhere.” 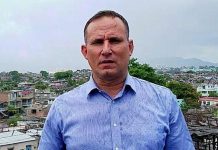 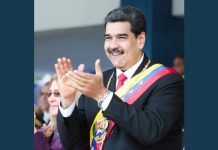 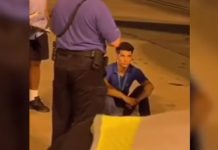