Jan. 14 (UPI) — A day before they were set to take effect in 13 states, a federal judge has blocked new government rules that allow businesses to opt out of covering birth control for employees, on religious grounds.

District Court Judge Haywood Gilliam on Sunday granted a preliminary injunction to block the rule in all 13 states and Washington, D.C.

At issue is President Donald Trump’s attempt to undo a requirement by the Affordable Care Act that requires all businesses cover birth control for employees, even if it’s against their religion. The FDA-approved birth control is to be offered at no cost.

Becerra was joined by attorneys general in the other 12 states — Connecticut, Delaware, Hawaii, Illinois, Maryland, Minnesota, New York, North Carolina, Rhode Island, Vermont, Virginia and Washington state. The ban’s scope is limited only to the plaintiffs in the case.

In his ruling, Gilliam said a “substantial number” of women would lose birth control coverage under the Trump administration proposed rules, which were set to take effect Monday.

“It is a good day when a court stops this administration from sanctioning discrimination under the guise of religion or morality,” American Civil Liberties Union Deputy Legal Director Louise Melling said. “The Trump administration’s rules authorized employers and universities to strip women of birth control coverage – a benefit guaranteed to them by law, and meant to advance their health and equality. We applaud the order to enjoin the enforcement of these discriminatory rules.”

In 2014, the U.S. Supreme Court voted 5-4 that privately held companies with religious exemptions could refuse to offer contraceptive coverage. The court said companies “have the right to exercise their religious beliefs even if it means that their beliefs will impose certain restrictions on their employees.” 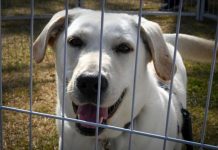