May 24 (UPI) — Senior White House economic adviser Kevin Hassett said Sunday that he expects unemployment rates to increase in the coming months and possibly remain in double digits in November.

Appearing on CNN’s State of the Union, Hasset said that the unemployment rate, which has reached near 14.7 percent amid the COVID-19 pandemic, could be “north of 20 percent” in May if “some technical things that kind of messed up” claims reporting this month are resolved.

On Friday, Hassett said he believes the unemployment rate may rise to 22 percent or 23 percent by May.

“My expectation is that since there’s still initial claims for unemployment insurance in May, that the unemployment rate will be higher in June than in May but then after that it should start to trend down,” he said.

Hassett added that it’s possible unemployment will still be in double digits in November, but that the thinks “all signs of economic recovery are going to be raging everywhere.”

“Of course you could still not be back to full employment by September or October,” he said. “If there were a vaccine in July, then I’d be way more optimistic about it.” 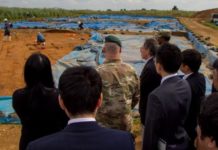 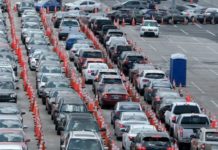 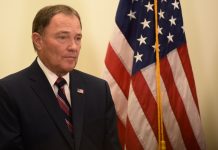