The cushion and life jackets resemble those lost from Cohen’s 19-foot boat that was found capsized just days after the 14-year-olds went missing off the Florida coast, a representative for the families said.

The cushion was found in Wassaw Sound, a small bay near the mouth of the Savannah River, in Georgia. The life jackets were found south of the area, near St. Catherines Island.

Tests, including from a canine search team trained to track scents, are needed for a final determination.

“It’s not a process that can be performed quickly,” the representative said.

The boys went missing July 24 while fishing in the Jupiter Inlet after a strong storm blew through the area. After an extensive search the U.S. Coast Guard suspended its efforts last week, but an army of volunteers have been scouring the waterways to Georgia.

A team from Heli Aviation, a Sarasota, Fla.-based flight school, found the two life vests in the Wasssaw Sound while the tide was low. A team from New England K9 Search and Rescue will further search the area for clues.

It was sitting on top of sea grass,” Rachel Trimpe from Heli Aviation said. “It stuck out from the other debris that was around because it was newer, and it didn’t look like it had as much fade as the other items.”

It is unclear who found the cushions. 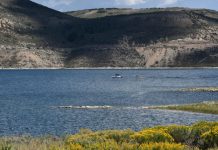 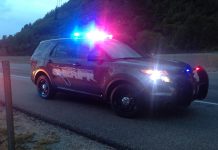 Woman rescued after being trapped by debris in Weber River 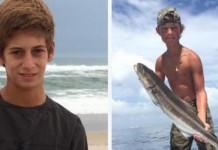