June 18 (UPI) — A man was arrested at New York’s John F. Kennedy International Airport over the weekend for attempting to smuggle dozens of live finches into the United States from Guyana, prosecutors said.

According to the complaint filed with the Eastern District of New York, Francis Gurahoo, 39, was apprehended Sunday at the airport with 34 live finishes concealed in plastic hair-curlers stuffed in his carry-on luggage.

Gurahoo, who waived his Miranda rights, admitted that he intended to sell the birds for $3,000 a piece, the court filing said.

According to the complaint, finches are used in singing contests in Brooklyn and Queens and gamblers bet on which finch they think has the better voice.

“In such contests, often conducted in public areas like parks, two finches sing and a judge selects the bird determined to have the best voice,” the complaint said.

Finches from Guyana are sought after as they are believed to have superior singing voices compared to other varieties of finch while a bird that wins a signing contest can fetch up to $5,000, the complaint said.

“An individual willing to smuggle finches into the United States from Guyana can earn a large profit by selling these birds in the New York area,” the filing said. 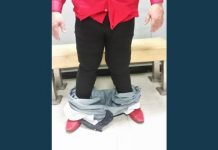 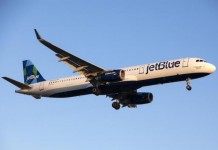