The Dow Jones Industrial Average was down 617.38 points, or 2.38 percent, at the end of trading, while the S&P 500 fell 2.41 percent and the Nasdaq Composite slid 3.41 percent after China announced retaliatory tariffs on $60 billion in U.S. goods.

Markets have struggled since U.S. President Donald Trump announced he would more than double tariffs on Chinese goods, after stating China had backslid on a budding trade deal.

The Dow was down by up to 719.86 points at its lowest point of the day, while the S&P 500 fell 2.8 percent and the Nasdaq tumbled 3.6 percent during their session lows.

Monday also marked the Nasdaq’s worst single day of trading for the year, while the Dow and S&P 500 had their worst days since early January.

Shares of Caterpillar, a bellwether for Chinese trade, fell 4.6 percent, while Apple dropped 5.8 percent and Boeing slid 4.9 percent amid news of the new tariffs.

Trump tweeted Monday that China would be hurt “very badly” if it fails to reach a deal with the United States while praising the deal he said Chinese negotiators backed away from.

He warned companies would leave China and said the United States could avoid the tariffs by buying goods from other countries.

The major indexes rebounded slightly from their largest losses after Trump said he had not yet made the decision to impose a 25 percent tariff on an additional $325 billion of Chinese goods and confirmed he would meet with Chinese President Xi Jinping, CNBC reported. 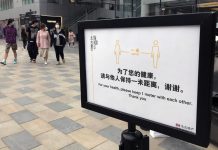