April 18 (UPI) — Donations to rebuild Paris’ historic Notre Dame Cathedral neared $1 billion Wednesday, as investigators questioned construction workers in trying to find the exact cause of the fire that destroyed much of the structure.

It will cost between $1 billion and $2 billion to rebuild and restore the cathedral, French renovation expert Stephane Bern told USA Today. About $995 million has been donated for the task by French business leaders and the public, she said. Several major companies have made contributions.

The French government is setting up a special office to handle the money.

The competition will give “Notre Dame a spire adapted to techniques and challenges of our times,” Philippe said.

“This is obviously a huge challenge, an historic responsibility,” he said.

Authorities have not identified the exact cause of the fire, which burned for hours Monday. Investigators questioned workers at the site Wednesday — construction and security personnel — hoping to get a better picture of their roles on Monday, the Paris prosecutor’s office said. The construction workers were part of a renovation team working on the cathedral spire, which fell in the flames.

Inspectors got a better look at the cathedral’s interior Tuesday.

Many of the Notre Dame treasures survived the fire or had been fortuitously removed for restoration before the blaze started.

Just days before, statues of the Twelve Apostles and four New Testament evangelists were removed from the spire. The statues stood on the tower for 160 years and officials say they would’ve been destroyed or damaged if they hadn’t been taken for restoration. The copper statues have turned green and will be cleaned and restored to their original color, a process experts say will take several years.

Other treasures, including the Crown of Thorns and several crosses, were salvaged, along with centuries-old stained glass windows. The cathedral’s 8,000-pipe organ, which dates to the 1730s, was also saved, though officials said it might’ve been damaged by heat or water. The church also had dozens of large paintings, some nearly 400 years old, that depict important religious events.

“The combination of heat, smoke and fire, it’s very unlikely that any paintings inside survived but we will have a better sense” Wednesday, Camille Serchuk, a professor of art history at Southern Connecticut State University, told USA Today.

Experts say rebuilding the roof and spire could take 10 or 20 years and cost hundreds of millions of dollars.

Monday’s is the first major fire in the cathedral’s 850-year history. It survived multiple wars and the Nazi occupation and the allied liberation during World War II.

“Throughout our history, we have built towns, ports, churches. Many have been burnt due to revolutions, wars, due to mankind’s mistakes. Each time we have rebuilt them,” French President Emmanuel Macron said in a nationally televised address Tuesday. “The fire of Notre Dame reminds us that our story never ends and we will always have challenges to overcome. What we believe to be indestructible can also be touched.” 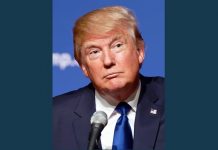 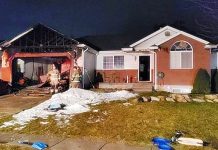