Nov. 27 (UPI) — Robert Mugabe, the man who was forced to resign after 37 years as Zimbabwe’s president, could serve as a source of advice for the southern African nation’s new leader.

“In the African world, senior citizens are there for advice,” Mukonori told BBC reporter Richard Galpin.

Thousands of Zimbabweans celebrated the news that Mugabe would relinquish his post.

Those celebrating had hope of improvement for the government and an economy that has stagnated under Mugabe’s 37-year rule. Some of that hope faded when it was announced Mugabe’s longtime right-hand man would succeed him.

“When he says ‘he’s my father, he’s my leader, he’s my mentor,’ you tell me he’s going to stay off from his father, from his mentor, from his leader?” Mukonori said. “I don’t think so.”

Some Zimbabweans have expressed doubts that Mnangagwa will offer much of a departure from his predecessor and political ally. Mugabe has been blamed for ordering violence against his own citizens, quashing free speech and rigging elections, among other charges.

“Nothing will change; poverty and suffering will continue,” 28-year-old Mevion Gambiza, a graduate of the University of Zimbabwe, told the New York Times.

Mnangagwa is expected to announce his cabinet in the coming days. His choices could offer some insight into his commitment to democratic reforms.

“He must fish from academic, religious and opposition ponds for certain competencies, if he is genuine about making life better for all Zimbabweans,” Eldred Masunungure, University of Zimbabwe political science lecturer, told the Zimbabwean Mail.

“His new cabinet will be useless if it is not supported by an equally, if not more capable cast of bureaucrats in all the various ministries,” said former civic leader McDonald Lewanika. 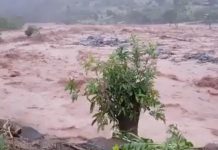 Zimbabwe death toll climbs to 70 in wake of Cyclone Idai 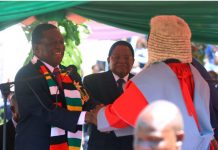 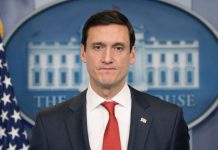