Federal officers made the arrest related to vandalism at 11 p.m. Friday, Portland police tweeted. In other tweets, they added that two other people were arrested for unlawfully pointing lasers into officers’ eyes, and another arrest was made when one of the officers was struck in the head and shoulder with a hammer.

Tear gas was deployed and the hammer was recovered, police said.

The arrests came amid nightly protests of hundreds to sometimes thousands in Portland over police violence in the aftermath of the police killing of George Floyd in Minneapolis on Memorial Day. The nightly protests have often ended with police using violence to disperse mostly non-violent protesters, Oregon Public Broadcasting reported.

The incident also occurred the same day that President Donald Trump said at a meeting of military commanders in Doral, Fla., that he sent federal officers to Portland since “the locals couldn’t handle it.”

Trump asked Chad Wolf, the acting secretary of Homeland Security, about the situation in Portland at the meeting.

“And what you find in Portland is about five and a half weeks of continued violence against the federal courthouse there that the Department of Homeland Security protects,” Wolf said in a response.

“We’ve had to send in additional individuals. We’re making arrests. But there has been violence, there’s been assaults on federal law enforcement officers. And it really just shouldn’t occur. We should have more support of the local police there. But again, the Department of Homeland Security, along with the [Department of Justice], FBI, and others are surging resources, and we’re starting to make a difference there.”

Wolf added that about a dozen people have been arrested.

Protests have been largely centered around the Multnomah County Justice Center and the Mark O. Hatfield Federal Courthouse in downtown Portland. Police and federal law enforcement have responded with tear gas and what they call “less-lethal” munitions such as the FN 303 riot gun and 40mm launchers, which can be used to inflict pain or tear gas, to disperse crowds.

Last month, U.S. District Court Judge Marco Hernandez granted a temporary restraining order in effect until July 24 to limit the use of tear gas or “less-lethal” munitions to situations where “public or police are at risk,” after protesters filed suit against excessive use of force.

Since, then, Portland police have still used tear gas, but less frequently than they did before the order.

It also followed the shooting of Dominique Dunn, a black man Thursday evening at the Reveal Lounge club in southwest Portland. People identifying as his family posted on social media that he was a target of racism.

Police said Friday that they have arrested Jordan Clark, 25, in connection with the shooting and booked him at Multnomah County Detention Center.

Reveal Lounge owner Javier Garcia said he reviewed video tape and turned it over to police. Garcia said in the tape he saw that a man who appeared to be white shot at a group of black men, but he couldn’t make out the audio, so he’s not sure whether the killing was racist or not. 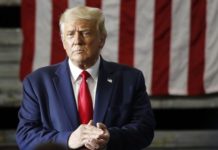