March 31 (UPI) — A University of South Carolina senior whose body was found on a dirt road might have entered a suspect’s car mistakenly thinking it was a ride-share vehicle, police said.

Samantha Josephson, 21, was found dead around 4 p.m. Friday afternoon by two hunters in the town of New Zion in Clarendon County, about 65 miles southeast of Columbia, where she was last seen about 15 hours earlier.

“She had, in fact, summoned an Uber ride,” Columbia Police Chief William H. Holbrook told reporters Saturday. “She was waiting for that Uber ride to come, we believe. … She simply mistakenly got into this car thinking it was an Uber ride.”

Nathaniel David Rowland, 24, was arrested in a traffic stop at 3 a.m. Saturday a few blocks from the Five Points area where friends last saw her late Thursday. They contacted police about 1:30 p.m. Friday after reporting they were unable to reach her.

The Chevy Impala driven by Rowland matched surveillance video from where Josephson was waiting for an Uber.

Police found blood in the car that was later matched to Josephson and her cellphone, he said. In addition, bleach, germicidal wipes and window cleaner were also found in the car.

Towland will be charged by the South Carolina Law Enforcement Division with kidnapping and murder, Holbrook said. Rowland has been booked at the Alvin S. Glenn Detention Center in Columbia, according to online jail records.

“Our hearts are broken,” Holbrook told reporters. “There is nothing tougher than to stand before a family and explain how a loved one was murdered. It was gut-wrenching. This is personal to us.”

Police did not say how Josephson was killed.

“There is nothing tougher than to stand before a family and tell a family how a loved one was murdered,” Holbrook said. “One of things I talked to them about is how important these investigations are to us. … It’s personal to us. … I assured them we’ll be with them every step of the way until this was done.”

Her father, Seymour Josephson, wrote on Facebook: “It is with tremendous sadness and of a broken heart that I post this! I will miss and love my baby girl for the rest of life. It is extremely hard to write this and post it but I love her with all my heart. I could continue to write about her but it kills me. I sit here and cry while looking at the picture and write this.” 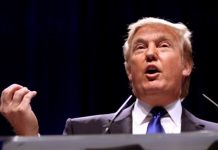 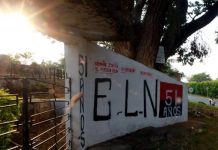 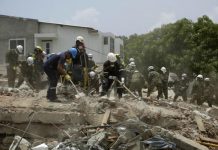