May 22 (UPI) — North Korea used a road-mobile launcher to test a new midrange missile on Sunday, according to Pyongyang state media.

The use of a transporter erector launcher in the most recent missile test could mean Pyongyang has developed the capability to build its own missile vehicles, and may have more than 100 TELs in its arsenal, South Korean newspaper Asia Business reported.

State media showed images of the missile just after liftoff that included the road mobile launcher used in the test.

Mobile launchers can allow for adjustments to ensure the optimal angles of flight to a target.

The vehicles were then adapted to North Korea military needs and equipped with erection and launching technology.

Since 2010, international sanctions have embargoed exports of the vehicles, but North Korea may have reverse-engineered existing vehicles to build as many as 108 TELs, according to Asia Business.

That number is an estimate derived from a report, jointly prepared by U.S. and South Korea militaries, that states North Korea could have as many as 900 ballistic missiles in its arsenal, according to the report.

Solid-fueled missiles come loaded with fuel and can be launched quickly after they are moved to a launch site, according to the Union of Concerned Scientists in Cambridge, Mass.

But the group also said North Korea may not have yet acquired the technology.

South Korea military said Monday the missile is a medium-range projectile but Pyongyang has yet to acquire the re-entry technology for ICBMs. 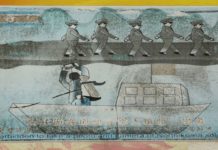 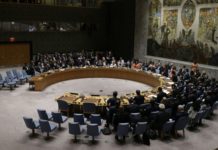