The report cited a government source who said Obama will make the visit within the next month.

The official announcement will be made by a member of the National Security Council on Thursday, ABC News’ report said.

The visit would represent a landmark event in progressively thawing diplomatic relations between the United States and Cuba.

It wasn’t immediately clear exactly when the trip will occur or how long Obama would stay on the island.

Last summer, both countries reopened embassies in each nation and Obama later cleared the way for resumption of commercial flights between the United States and the Caribbean island.

A trade embargo, however, imposed against the communist regime of Fidel Castro in 1960, remains in place. Obama and other advocates have called for the embargo’s lifting in the past year.

Obama also said last year that he would like to visit Cuba before leaving office in January 2017.

“I am very much interested in going to Cuba, but I think the conditions have to be right,” he told Yahoo News in December.

Former President Calvin Coolidge was the last sitting president to visit Cuba, in 1928, when the two nations were still on good diplomatic terms — decades before Castro’s revolution.

Last year, Obama also advocated the removal of Cuba from the U.S. blacklist of nations that sponsor terrorism. 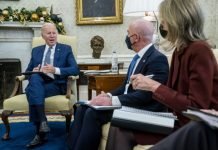