The subpoena is related to hush money payments made to adult film star Stormy Daniels, born Stephanie Clifford, for her to keep quiet about an affair she said she had with Trump. Trump and his company reimbursed former lawyer Michael Cohen $130,000 for money he paid to silence Daniels prior to the election, but Trump has denied the affair.

Manhattan District Attorney Cyrus Vance’s office issued the subpoena to determine if the payments violated any New York laws, such as filing a false business record, which is a crime that can become a felony only if prosecutors prove the false filing was made to commit or conceal another crime.

The New York Times was the first to report on last month’s subpoena, citing unnamed sources familiar with the matter. Jennifer Farrington, the chief marketing officer for accounting firm Mazars USA, confirmed to Fox News that the company received the subpoena.

Every modern presidential nominee before Trump has released their tax returns, and Democrats have been fighting to get Trump to release his, alleging possible conflicts of interest.

Last month, Trump sued the state of California over its new law requiring presidential candidates to release their tax returns to be eligible to appear on the 2020 primary ballot. 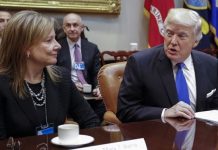 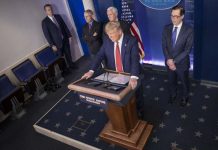 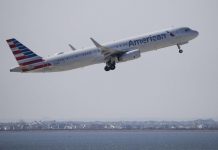