University police received a 911 call early Thursday from a dormitory room regarding the student, Dylan Hernandez. Police gave medical aid and Hernandez was transported to a San Diego area hospital where he died.

The cause of death was not released.

“UPD is investigating the circumstances surrounding the incident,” police said in a statement. “Although the investigation is preliminary, UPD is taking this matter very seriously.”

Six fraternities were already under interim suspension prior to President Adela de la Torre deciding to suspend all the chapters based on possible misconduct violations. More than 1,400 students are in the fraternities at SDSU.

“Given the severity of this incident, I am sharing specific details about what happened and what support is available for students, faculty and staff,” de la Torre said in a statement. “I made an executive decision to suspend the Interfraternity Council (IFC) and each of its organizations — 14 in total. The university will keep the organizations under suspension while it considers next steps.”

Attorney Bob Ottilie is the chairman for the Alpha Omega Housing Corp, a nonprofit composed of Sigma Chi alumni.

“Well, the solution is, I think at this point, is to ban alcohol totally in fraternity houses because sororities did that decades ago,” Ottitlie said. “You never hear about a student, male or female, dying in sorority houses.” 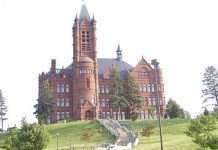 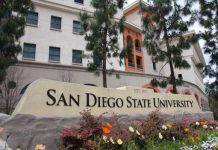