April 27 (UPI) — Senate Majority Leader Mitch McConnell announced Monday that the U.S. Senate would be back in session starting May 4 after a recess since March 26 due to COVID-19.

Routines in the Senate will be modified in “ways that that are smart and safe,” McConnell said in a press statement.

“This crisis has every part of our society in dire need of stability, clarity and certainty,” he said. “The Senate has already stepped up, but our work is not over.”

The House hasn’t announced when it will return. Lawmakers continue to discuss further coronavirus relief legislation.

But McConnell and the GOP-controlled Senate have opposed such funding, with McConnell suggesting Wednesday that states and municipalities declare bankruptcy if they can’t afford their obligations.

Republicans may move to protect businesses from lawsuits, McConnell suggested.

“Our nation is facing the worst pandemic in over a century and potentially the worst economic shock since the Great Depression,” he said. “Our response must not be slowed, weakened, or exploited to set up the biggest trial lawyer bonanza in history.

“The brave healthcare workers battling this virus and the entrepreneurs who will reopen our economy deserve strong protections from opportunistic lawsuits.” 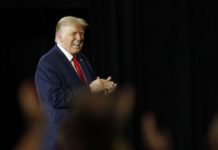 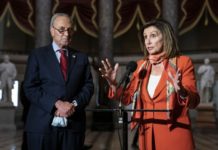 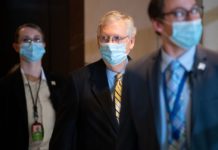