July 16 (UPI) — The Sri Lanka government this month announced it would execute drug dealers to “replicate the success” of the Philippines war on drugs.

“From now on, we will hang drug offenders without commuting their death sentences,” Senaratne said.

If Sri Lanka does carry out the executions, it will end a moratorium on death sentences the government has had in place since 1976.

Harry Roque, the spokesman for Philippines President Rodrigo Duterte, praised Sri Lanka’s decision to impose the death penalty for drug dealers but pointed out the country technically doesn’t have a death penalty system.

“Of course, we are happy that other countries have taken note of our war on drugs, and that they look upon us as best practice on dealing with illegal drugs,” Roque told reporters. “So we appreciate that, but as of now, we still have no death penalty.”

While the Philippines doesn’t have a death penalty, at least 4,200 drug dealers have been killed by police during anti-drug operations since July 2016.

“My order is shoot to kill you,” Duterte said in 2016. “I don’t care about human rights, you better believe me.” 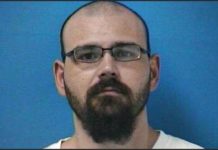